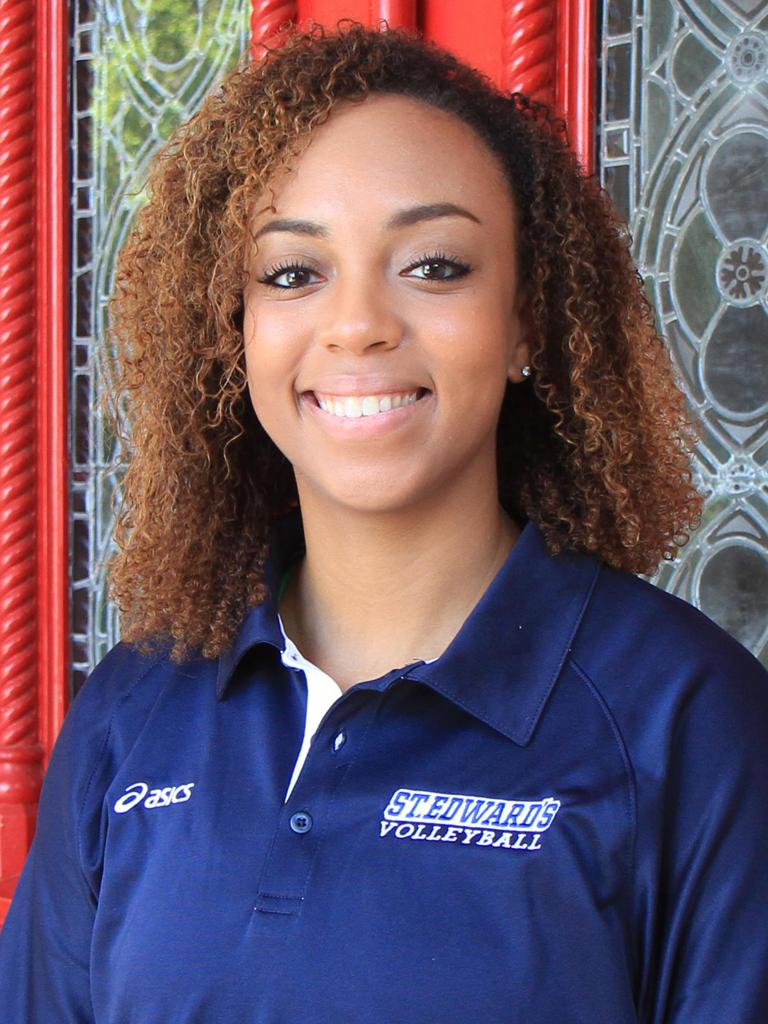 Coach Tabitha L. Elder or “(Tabby)” is a born and raised Houston Native. She Played four years of volleyball at Klein Forest High School in Houston, Texas where she was a 3-year letter-winner on varsity. In 2011 she was named the most valuable player on her High School team, earned all-district second team honors the same season and was named to the AVCA Under Armour All-American watch list. In 2012 Tabby received a spot on the honorable mention All-State team, she was named to the All-Tournament team at the 2012 Magnolia Volley-Battle tournament and played club for the Houston Juniors Elite-18 Team. Coach Tabby achieved academic all-district honors from 2012-13, was actively involved with the National Honor Society, Principals and Superintendents Advisory Committee, as well as the International Business Academy and Business Professionals of America. In the Spring of 2013, she graduated in the top five percent of her class and was on the honor roll all four years.

After High School Tabby left Houston to attend college at St. Edward’s University (Austin, Texas) on a Volleyball Scholarship and competed in the Heartland Conference. Tabby was a four-year letterwoman at SEU. She is still ninth all-time on the Hilltopper’s career leaders for block assists with 270. While at SEU, she made multiple appearances on the Dean’s List as well as various President’s and Commissioner’s Honor Roll recognitions from the Heartland Conference. During her Senior year, she was an honorary mention for “Female Athlete of the Year” and was awarded the Arthur Ashe Jr. Award for Academic and Athletic Excellence. Tabby graduated Cum Laude from SEU, with a Bachelor of Arts in Business, and a concentration in Marketing in the Spring of 2017.

During her time in college, Coach Tabby Elder had the opportunity to coach club volleyball at Austin Juniors Volleyball. While at AJV, Tabby specialized in coaching the developmental and academy programs. This allowed Coach Tabby to teach girls under the age of 12 who had never played volleyball before. Under her tutelage, her 12’s team thrived and went on to win several tournaments. This success led her to coach a very athletic 15’s team from the satellite program of Ann Richards School also in Austin, Texas.

While attending Law School, Tabby continued to follow her passion in volleyball and coached Freshman for Houston Juniors Volleyball and St. Agnes Academy. During her first year at St. Agnes, her Freshman team won a district title with a record of 32-2. Tabitha also aided the Varsity Team to a TAPPS 6A State Championship Title in 2019 as the Varsity Assistant Coach.

Coach Tabby sat for the February 2020 Texas Bar Exam and was successfully admitted to licensure in May of 2020. She now practices Personal Injury and Employment Law as an Associate Attorney with the CoxPradia Law Firm PLLC.

Tabitha’s favorite quote is: “The quality of a leader is reflected in the standards that they set for themselves.” -Ray Kroc